THE SKY AND THE PATIO – DON GAYTON

A forthcoming collection of essays from ecologist and writer Don Gayton is set to hit the shelves on November 10. The Sky and the Patio, a collection of 25 essays blending the personal with the ecological, reveals that there’s more to be told by a tree’s rings than just its age, more to be learned from the sockeye than a suitable wine pairing (though Gayton also offers his expertise there).

From ponderosa to cheatgrass, forest fires to turtle basking, and the intricacies of backyard viticulture, Gayton takes the lessons learned over a long career and sets them to paper with both a keen scientific eye and a careful, reverent pen.
—
DON GAYTON is the author of four previous books. His career, spanning five decades, includes working for the BC Ministry of Forests and Range, the Saskatchewan Department of Agriculture, the BC Ministry of Environment, the Lower Similkameen Indian Band, as well as numerous local governments and community organizations. He lives in Summerland, BC. 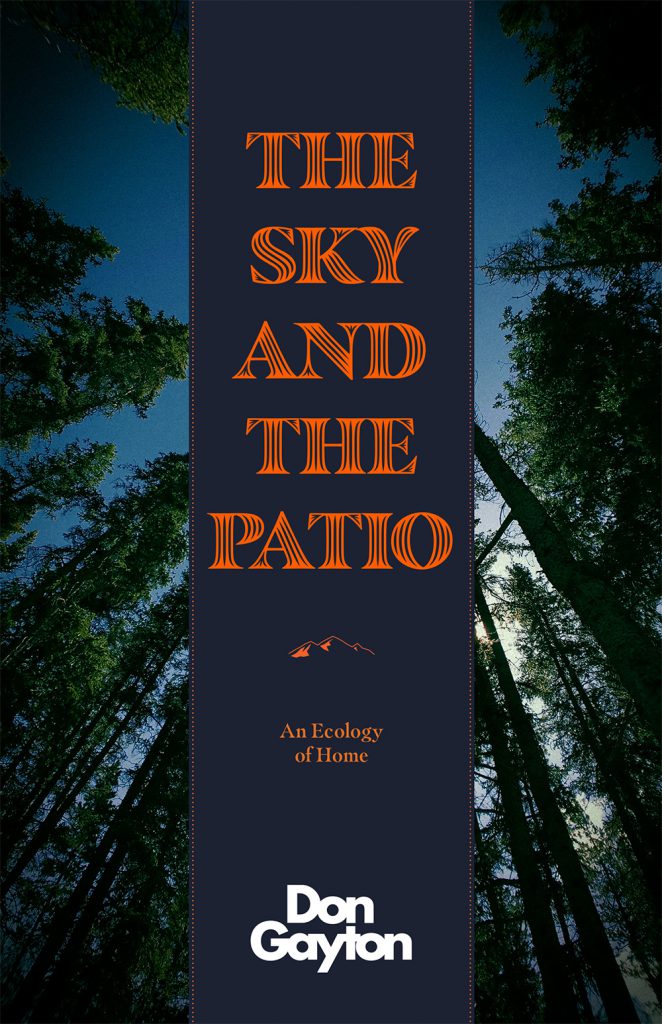 GUILTY OF EVERYTHING – JOHN ARMSTRONG

John Armstrong, Buck Cherry of The Modernettes, had an unexcelled view of Vancouver’s punk music scene from its discordant late 1970s birth in the city’s suburbs through its glorious peak and heroin-addled decline. A natural story teller armed with with a sharp eye and a caustic keyboard, Armstrong brings the scene to life in this classic account, now digitally remastered from the original recording, and restores some never-before-seen scenes in Guilty of Everything.
—
JOHN ARMSTRONG is an award-winning journalist, writer and musician. He is the author of three books, Guilty of Everything (shortlisted for the BC Book Prize), Wages, and A Series of Dogs (longlisted for the Leacock Medal for Humour). After his early days as frontman Buck Cherry of The Modernettes, Armstrong began a 15-year long career as a journalist with the Vancouver Sun. He now lives with his family and dogs in Chilliwack, BC.