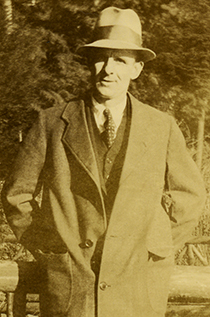 Ronald Liversedge, born 1899 in Bradford, England, twice wounded in WWI, emigrated to Canada in 1927. Already a committed Communist, he immediately took part in the resistance to unemployment and the relief camps. After Spain he lived most of his life working as a logger on Vancouver Island. He died in 1974.

Ronald Liversedge is the author of Recollections of the On-To-Ottawa Trek (Macmillan, 1974), the classic account of that watershed event in Canada's social history.