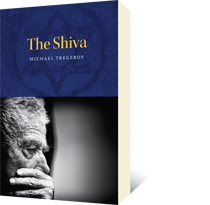 Failures in business and marriage tip poor Mooney into a spell in a psychiatric ward. But he has the great fortune of befriending an Indian seer, one of his pals from the casino where Mooney hangs out, who promises to put Mooney's life back together.

Dennis is no ordinary Indian seer. For one thing, he's a rez Indian, from right around Winnipeg, just like Mooney. For another, he's a stock picker, and what he sees coming, in the spring of 2008, is the sub–prime mortgage meltdown. So he puts together a consortium of himself, Mooney, and a bunch of Mooney's pals from the world of North End Winnipeg, to pool their savings in a short–selling scheme to cash in on the coming crash.

But the so–called "Eisenteeth syndicate" isn't just betting against the market. Mooney and his pals are betting against Mooney's brother Dave: crude, ignorant, maddeningly successful, whose oafish touch turns every business venture into gold. Did we mention their mother has something to say about all this?

Like Michael Tregebov's debut novel The Briss, which was a finalist for the Commonwealth First Novel Award (Canada–Caribbean Region), The Shiva is a fast–paced character–driven novel.

From 1982 to 1989, he taught American Literature and Translation at the American Institute in Barcelona, and from 1989 to 2004, English at Escuela Superior de Administracion y Direccion de Empresas, also in Barcelona.

Tregebov's first novel, The Briss, was a finalist for the Commonwealth First Novel Prize (Canada-Caribbean Region).

He lives with his family in Barcelona, writing his second novel while working for several organizations as a lexicographer and translator in Spanish, Catalan, French and English.